TRADITION AND INNOVATION IN RELIGIOUS MOVEMENTS: EAST ASIA, THE WEST, AND BEYOND 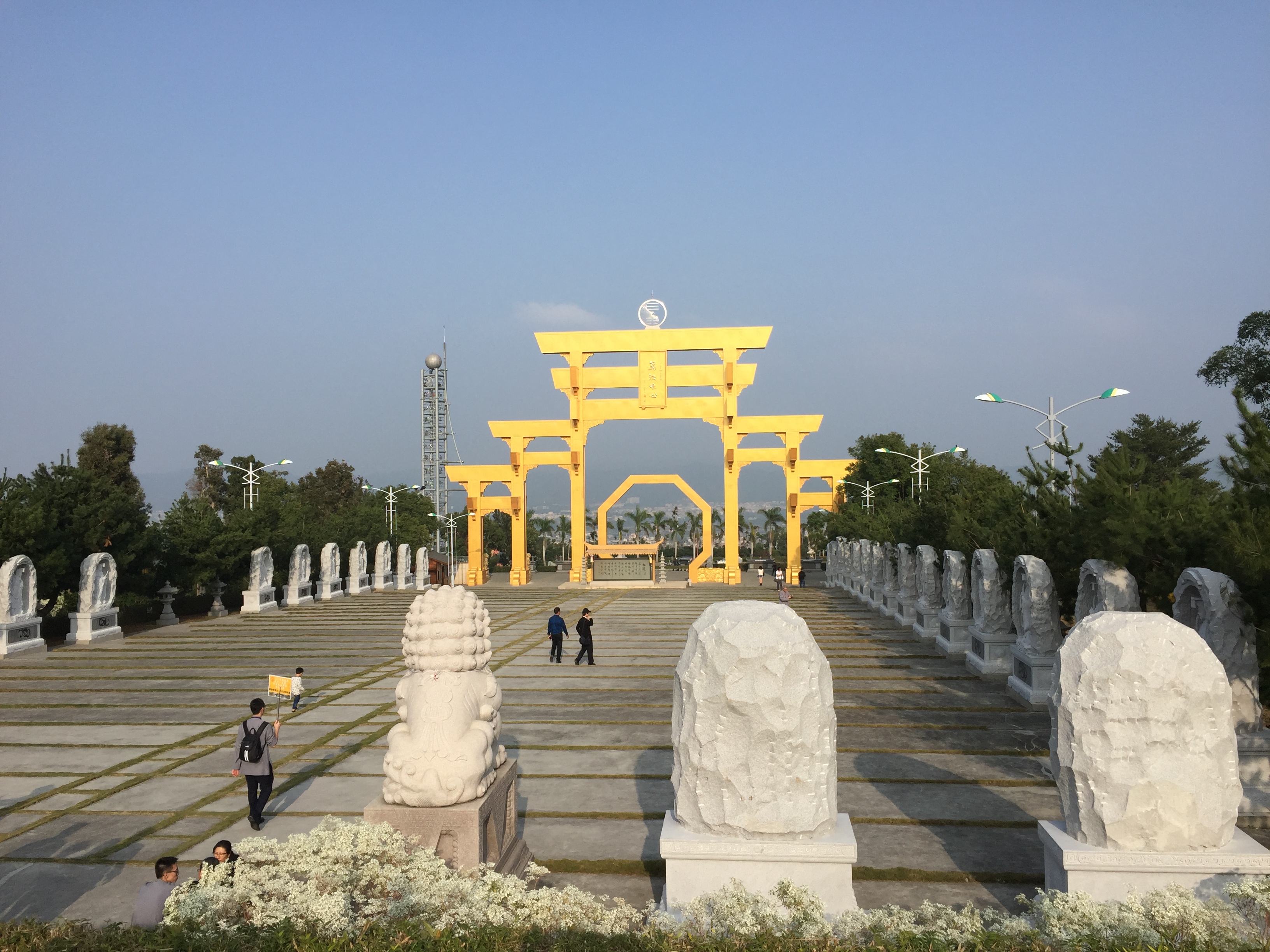 Participants arrive at Taipei airport. Transportation services from Taipeis Taoyuan International Airport to Hotel Formosa, Caotun Township, Nantou City, will be available at 12:00 and 18:00 on 17 June.

Buses will leave Hotel Formosa at 8.30 a.m. Participants will attend a significant religious festival in Taiwan, centered on the unveiling of a 25-meters high golden statue of Guiguzi (the largest statue of Guiguzi in the world) by the Taiwanese new religion Weixin Shengjiao, the parent organization of Weixin College. Guiguzi was a Chinese sage who, according to the tradition, during the Warring States period in China operated the first school of military strategy and diplomacy in world history. As happened for other figures in Chinese history, he was divinized after his death and is regarded by Weixin Shengjiao as the embodiment of the Bodhisattva Wang Chan Lao Zu. The cult of Guiguzi is largely spread in both Mainland China and Taiwan, and it is expected that the unveiling of the statue on June 18 will be attended by thousands of members of many different religions, including Christians, who obviously do not regard Guiguzi as a divinity but respect his historical role as a promoter of peace through diplomacy. These different religions will participate, some presenting their own rituals, in what promises to be a truly spectacular event. The day will conclude at Weixin College (B1, Building C) with a welcome banquet hosted by Grand Master Hun Yuan, founder and leader of Weixin Shengjiao, and the Dean of Weixin College. Participants will then be taken back to Hotel Formosa by bus. The fees of local transportation, meal, and accommodation on June 18th will be sponsored by Weixin Shengjiao.

Two Neo-Christian New Religions from Korea: The Unification Movement and the Victory Altar

Current Unification Church: Innovating or Creating a New Religion?
KIM Jongsuk (The Institute of the History of Korean Messianic Movement)

In the Meantime, in the West

Tradition and Innovation in Two Invented Religions: The Church of the SubGenius and the Otherkin
Carole CUSACK (University of Sydney)

Adapting, Innovating and Growing: Pentecostalism in the Caribbean
Nawal ISSAOUI (University of Bordeaux)

Native Americans, Samurai, and Greek Neo-Pagans: The Quasi-Orientalism of the Interpretation of Polytheistic Traditions by the Supreme Council of Ethnic Hellenes (YSEE)
Evangelos VOULGARAKIS (Independent Scholar)

I Ching and Feng Shui (I)

The Chosen One: Caodaism in Vietnam and Beyond
Thien-Huong T. NINH (Los Rios Community College, California)

8.00 p.m. - Buses will take participants back to Hotel Formosa

Asian Jesus: Reflections on Why the East is Adopting the Religion of the West
Dyron DAUGHRITY (Pepperdine University, Malibu, California)

Religious Liberty Issues in China: The Case of The Church of Almighty God

Fake News: Chinese Mobilization of Resources Against The Church of Almighty God as a Global Phenomenon
Massimo INTROVIGNE (CESNUR)

The Age of Word: Legitimization through Scripture in The Church of Almighty God
Holly FOLK (Western Washington University, Bellingham)

8.00 p.m. - Buses will take participants back to Hotel Formosa

The Church of Scientology in the 21st Century

The Russian State Against Scientology: From the Deprivation of Religious Status to Accusations of Extremism
Boris FALIKOV (Russian State University, Moscow)

Western and Asian Acculturation in Vietnam and the Rise of Cao Dai Movement
Mohammad ALAM (University of Dhaka, Bangladesh)

How People Choose Their Religions in Taiwan: The Characteristics of the Followers Within Weixin Shengjiao
LIU Hsiu-Yi (National Cheng Chi University, Taipei, Taiwan)

I Ching and Feng Shui (II) (in Chinese)

The Fate of Investment and the Principles of I Ching
WANG Ming-Hsien (Da-Yeh University, Taipei, Taiwan)

On the Shoulders of Giants: Eileen Barker, the Study of New Religions and Religious Leadership – A Session Honoring Eileen Barker on Her Significant Birthday

13.30 – Buses will leave Weixin College for the field trip (box lunch will be provided)

Buses will depart Hotel Formosa at 9 a.m., after participants will have checked out. Visits to Lei Cang Sih (True Buddha School), in Nantou County, and to T’ienti Teachings, an important Taiwan-based new religion, in Maoli City. The day will conclude with a visit and dinner at Weixin Shengjiao’s Da-An Branch Temple in New Taipei City, Taipei. Accomodation at Green World Hotel Nangan.

Buses will depart Green World Hotel Nangan at 9 a.m. The first part of the day will be devoted to exploring the Christian tradition of Watchman Nee (1903-1972) and Witness Lee (1905-1997) and bring participants to The Lord’s Recovery Exhibition Hall in Taipei and to the Local Church of Witness Lei in Taipei. After lunch, we will visit Tao Yuan, a Taiwanese new religion rooted in Spiritualism. Planchette writing, typical of Tao Yuan, will be demonstrated at 3 p.m. The field trip will end at 5 p.m. and participants will have the option to be taken by bus to Taoyuan International Airport in Taipei for departure on June 23 or to Hotel CitySuites in Taipei, in case they will leave on June 24.