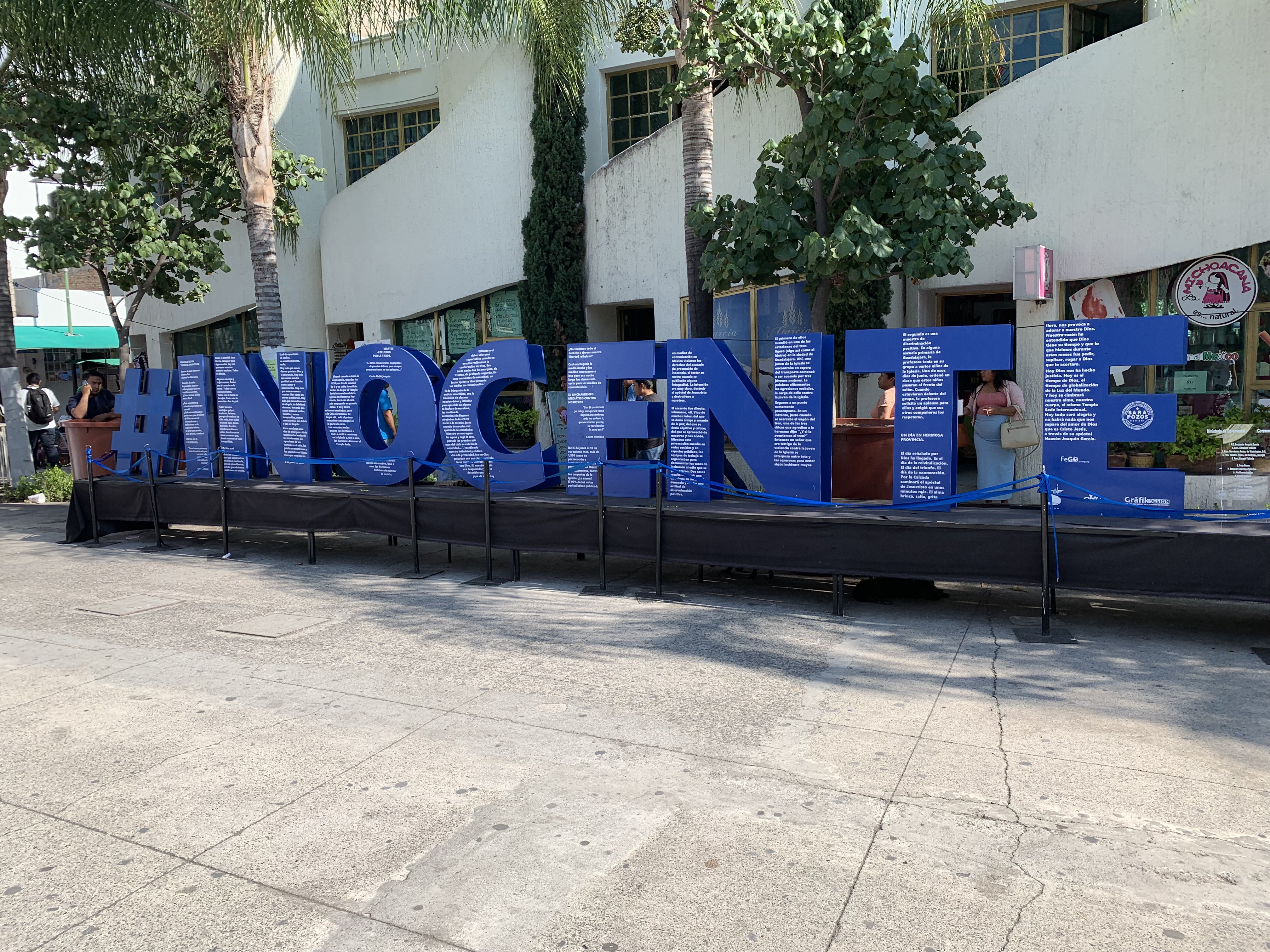 Last year, I attended in Guadalajara, Mexico, the welcome ceremony preparing the yearly Holy Supper of La Luz del Mundo, a Mexican religious movement with some five million members internationally. I wrote a short travelogue explaining why there are good reasons to believe that La Luz del Mundo is the fastest growing religion on earth. Readers would find there some general information on this Church.

I was particularly impressed by the domestic and international network of charity institutions developed by La Luz del Mundo. These institutions help the poor and the needy everywhere, with a special attention to women victims of domestic violence and Latino immigrants in the United States and elsewhere. They cater to all those in need, not only to members of La Luz del Mundo. I was pleased to be part of the jury that on May 13, 2019, awarded the FIRMA Charity Award, at the Turin Book Fair, to the leader of La Luz del Mundo, Apostle Naasón Joaquín García, and to be called to personally deliver the award to the Apostle’s representative. I was not alone. The Luz del Mundo’s good deeds in the field of charity and human rights earned the Apostle in the last few years several dozen such awards, including by the Mexican Parliament. 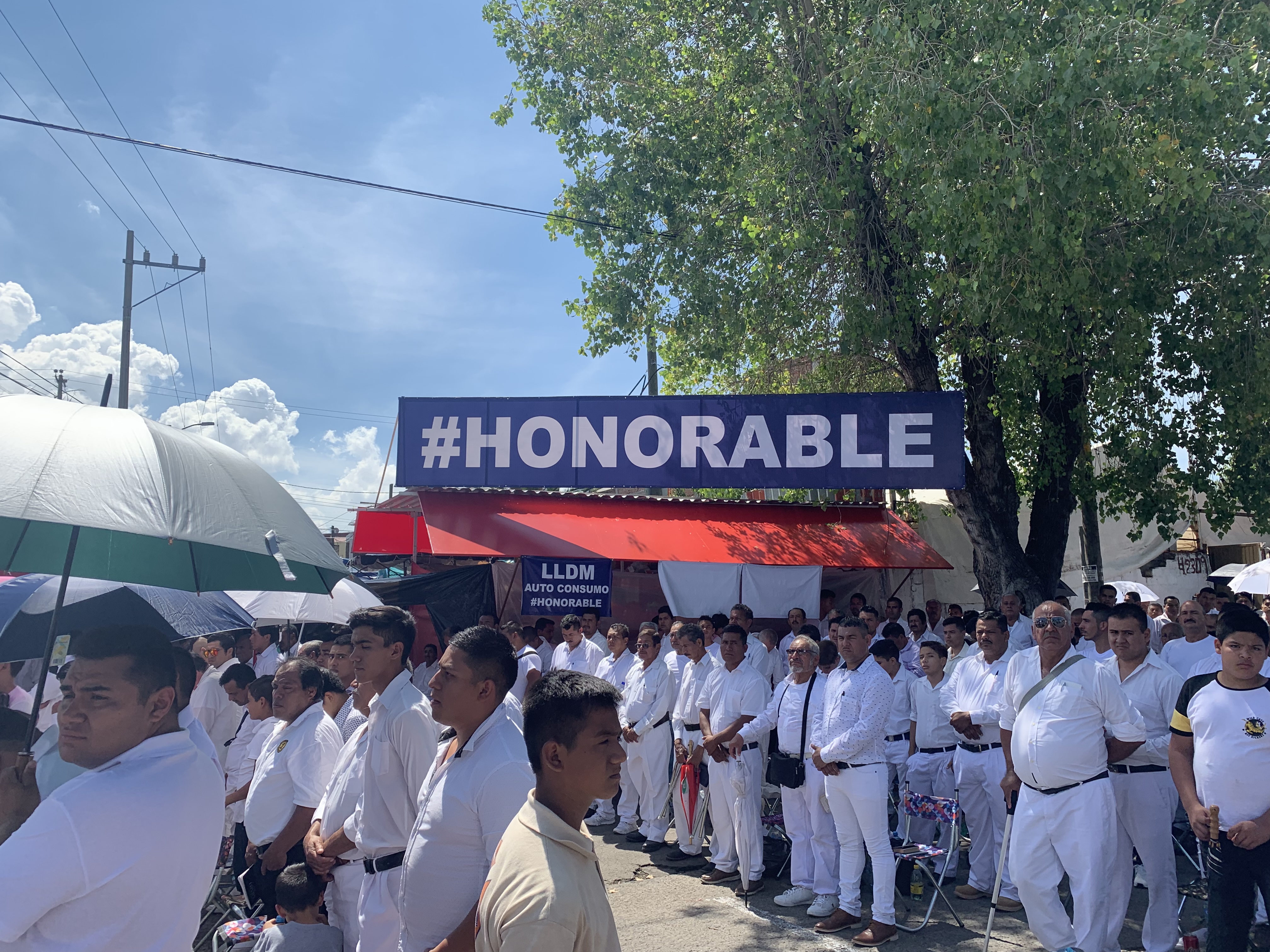 On June 3, 2019, the Apostle was arrested in Los Angeles, accused by California’s Attorney General of sexual abuse against four women, three of whom minor. Commenting on the accusations is impossible, since the Attorney General has let some police officers describe the evidence they claim they found, but it has not been made available to the defense attorneys. Beyond the fact that the allegations as reported appears somewhat bizarre, any comment would be premature. The Apostle is still in jail in California.

After the arrest, opponents of the Luz del Mundo made several predictions. They predicted that the Santa Cena of 2019 will not take place or will be attended only by a handful of followers, that the Luz del Mundo will fall apart, and that scholars will shy away from studying it as a growing and important religious movement. Russian anti-cultist Alexander Dvorkin went so far to predict that I will probably cancel from the Internet my articles on La Luz del Mundo, the pictures of my interview with the Apostle in 2018, and the references to the 2019 award. Nobody ever accused Dvorkin of having an intelligent understanding of how both new religious movements and their scholars operate, but even less extreme anti-cultists came to similar conclusions. 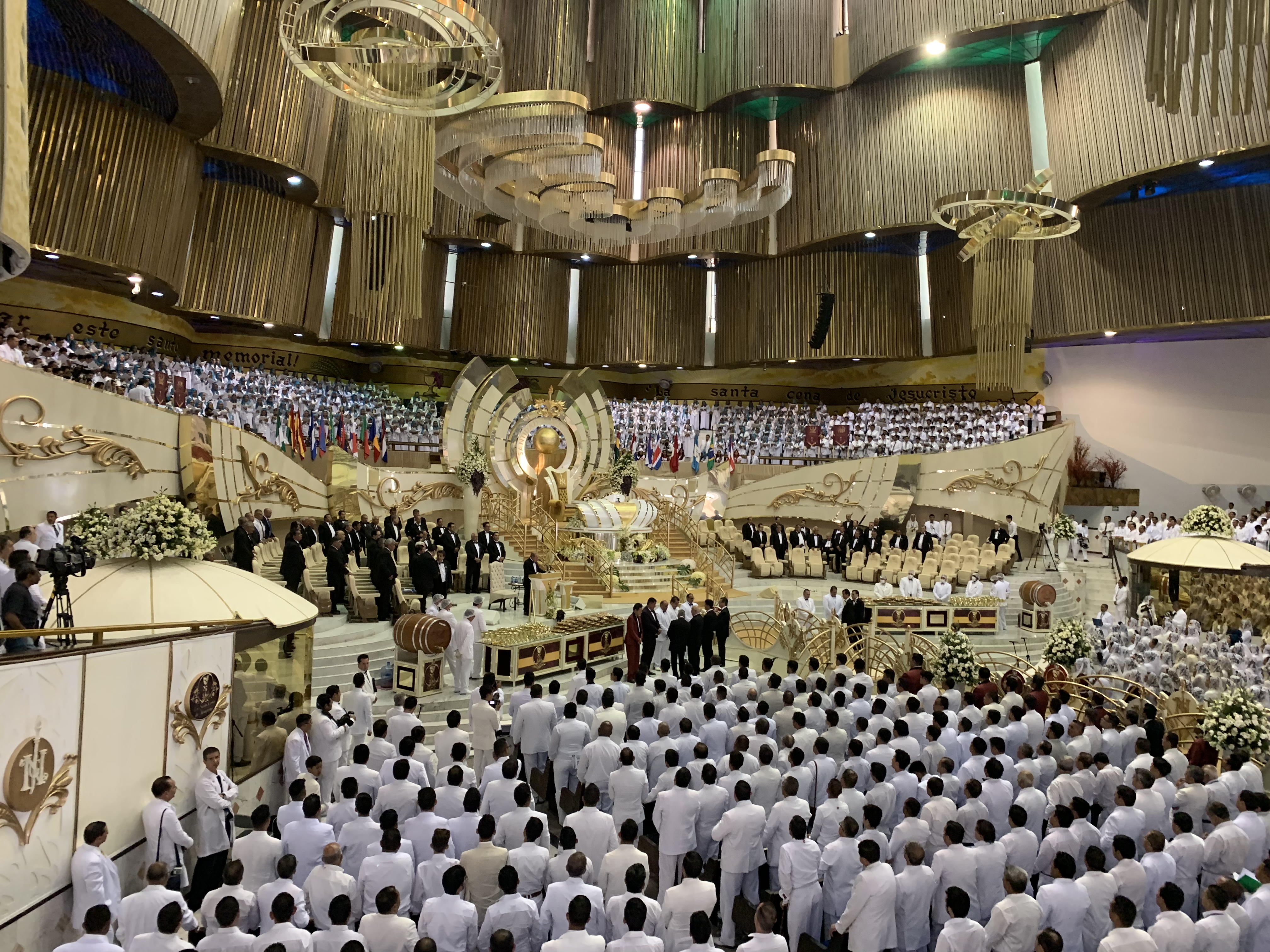 I and other scholars went to the Santa Cena 2019 in Guadalajara. It was a bigger event than in 2018. Most Mexican media accepted the Church’s statistics that the number of participants went from 500,000 in 2018 to 600,000 in 2019. As in all mass events, discussing figures is always possible, but I can confirm that the human river extended for more blocks around the main temple in the Hermosa Provincia than in 2018, and in the two additional locations in Guadalajara where the Holy Supper was celebrated my visual impression agreed with other independent observers’ that the participation was higher than last year. There were tears, but also enthusiasm and joy. Although the 25-year old son of the Apostle, Adoraim Joaquín Zamora, read a letter of his father and moved the audience with his effective preaching, there was no indication that La Luz del Mundo is ready to appoint him, or anybody else, as the new Apostle. Apostle Naasón Joaquín García remains the revered leader of the Church, and countless banners, T-shirts, and even floral arrangements and umbrellas repeated the hashtags #honorable and #inocente (innocent), referred to the Apostle. The Church reported that, even after the arrest of the Apostle, baptisms continued at record rates, as did the international expansion. The interest of international scholars is also growing, as is the appreciation of NGOs and humanitarian aid expert for the extraordinary charitable work of the Church. Clearly, the awards to the Apostle honored this work, that not event the most prejudiced opponents can deny. 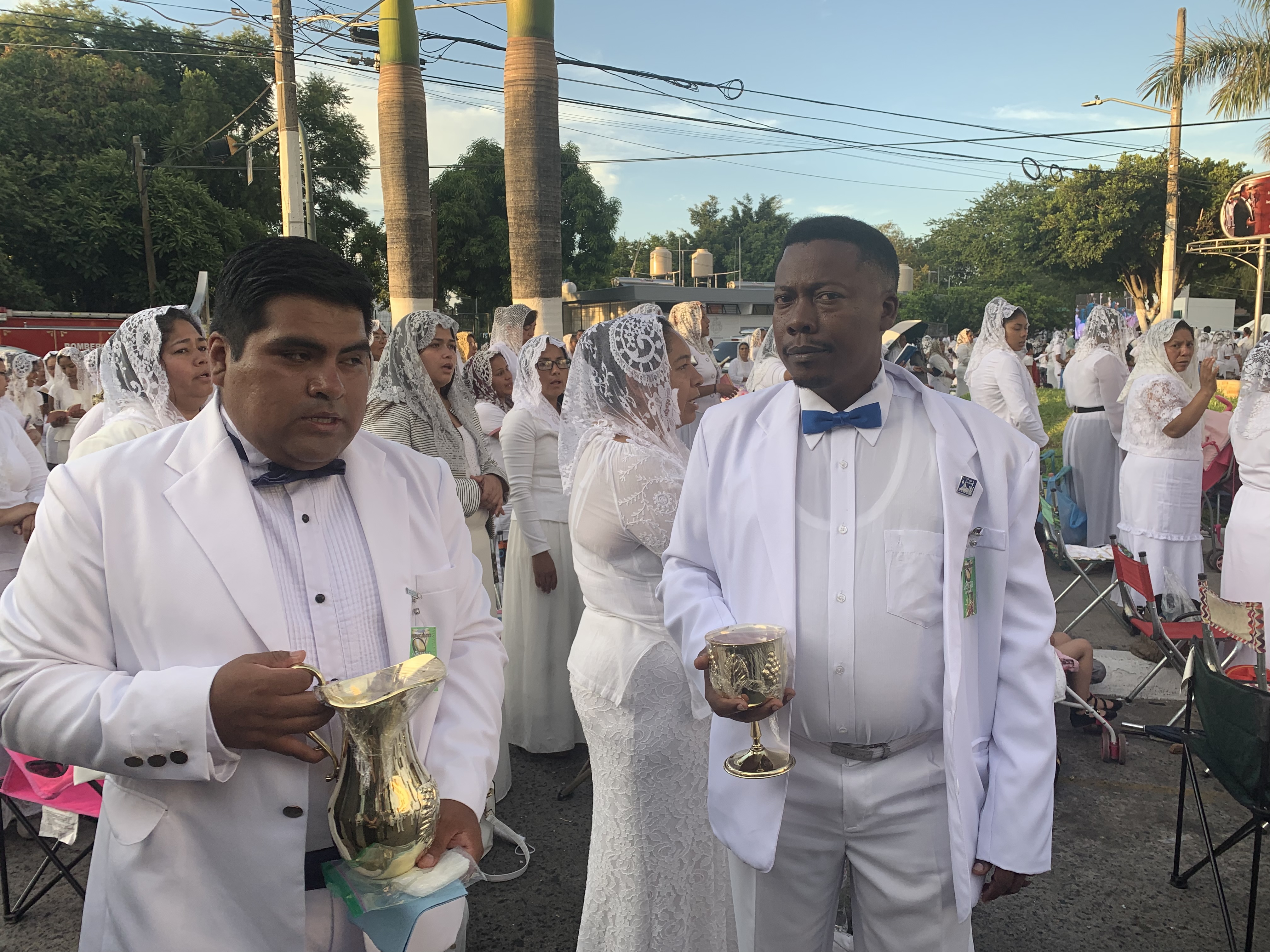 All this is not surprising. Sociological theory predicts that, although persecution and incarceration of the leaders with accusations of infamous crimes can wipe out and “kill” small religious movements, the larger ones will survive and may even prosper. Opponents of La Luz del Mundo would do well to consider the Korean case of Providence, whose pastor Jung Myung-seok spent ten years in jail after having been convicted of sexual abuse (he continued to claim his innocence). Almost all observers of Providence agree that the movement actually grew both in Korea and internationally during the detention of its founder and leader, and continues to grow now. Cognitive dissonance is a classic explanation of these phenomena, but not less important is the fact that most devotees believe in the innocence of their leaders, and that Christians are trained to expect slander and persecution.

Scholars obviously consider groups going through the trials La Luz del Mundo is currently experiencing as more rather than less interesting and worthy of studies than those living a quiet life. The Santa Cena was also attended by distinguished human rights activists and by government bureaucrats in charge of religious liberty and human rights. La Luz del Mundo denounced and documented hundreds of cases where, after the Apostle was arrested, churches and cars of the church’s pastors and members were vandalized, children were bullied in schools, and in some cases employees were fired from their jobs, simply for being members of a Church whose leader is in jail. These cases are obviously intolerable. Whatever the development of the case in California, millions of La Luz del Mundo members are not personally accused of any crimes and are generally acknowledged as law-abiding and productive members of their communities.

Unfortunately, this is the not unexpected consequence of some ill-advised comments about the Church made by California authorities and of improper generalizations in the media. In the face of all this, the reaction of the members of La Luz del Mundo we saw was admirable. There was no harsh criticism of any opponent, on the contrary, words of peace and reconciliation were continuously heard. On August 11, 120,000 young members of the Church marched silently in downtown Guadalajara. It was the largest youth march in the history of Guadalajara. It was also the most peaceful. The young men and women even cleaned the streets after their passage. 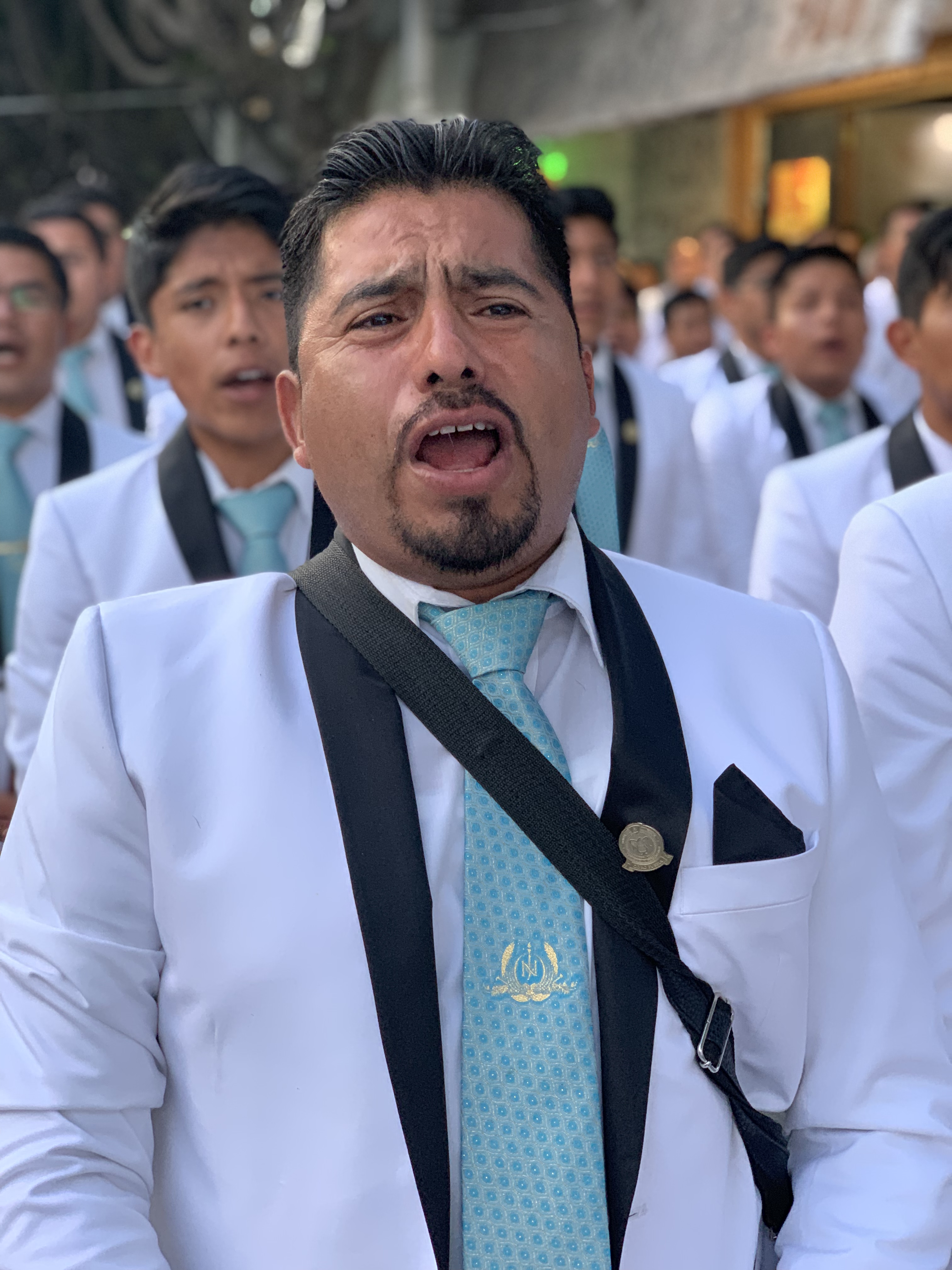 This people gave an extraordinary testimony of faith and endurance. Scholars of religion are often hardened by years of observation of commendable and less commendable activities carried out by religious groups, but this time we could not fail to be moved. As mentioned earlier, knowing the real facts about the Apostle is impossible, until the prosecutors will decide to disclose the evidence they claim to possess. What is possible, however, is to admire the unshakable faith of countless men and women of La Luz del Mundo, applaud their continuing good deeds in the charitable and humanitarian fields where they operate, and even cry with them as they and their children suffer discrimination and oppression.

Opponents may laugh at how millions can still believe in an Apostle accused of serious crimes, and keep predicting the Luz del Mundo’s demise. In these matters, however, religions, not their slanderers, have usually the last laugh. 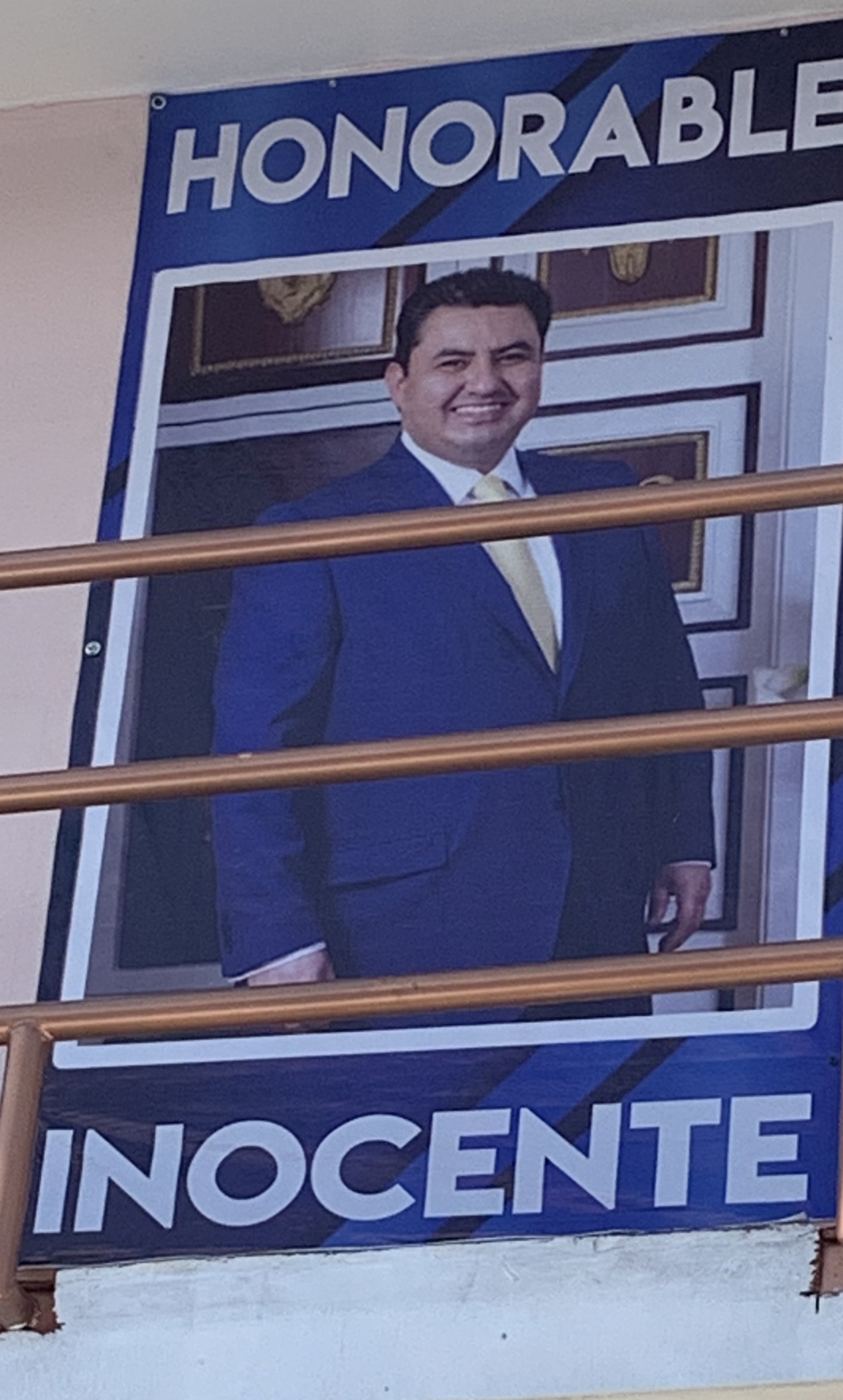