Another Minority Religion Under Threat in Russia: Who Is Afraid of Sri Prakash? 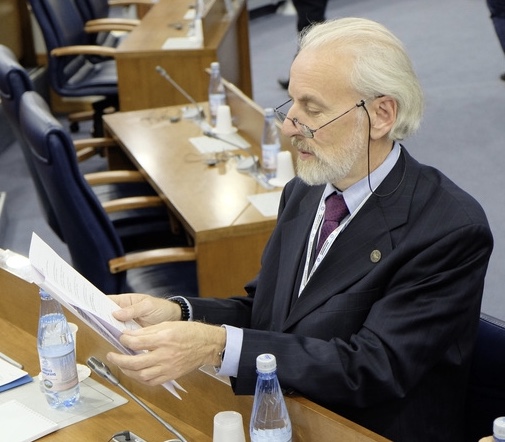 The situation of religious minorities in Russia has been a cause of serious concerns for several years. While Russia hosts high-level academic institutes and tolerant intellectuals, it is also home to radicals who believe that the Russian Orthodox tradition should be defended by cracking down on minority religions.

Notorious in this respect has been, again for years, one Alexander Dvorkin, who heads an “anti-cult” center in Moscow and co-operates with international anti-cultists under the aegis of an organization known as FECRIS. Although rarely taken seriously abroad, Mr. Dvorkin has shown that he can be a real danger for religious minorities in Russia, unleashing against them friends in the media and in otherwise respectable institutions.

One of the obsessions of Mr. Dvorkin is Hinduism. He never really recovered from the international ridicule that targeted him in 2012 after he supported a ban against the ISKCON edition of the Bhagavad Gita as an “extremist book.” He believes that, through meditation and ritual, Hindu masters can “hypnotize” or “brainwash” unsuspecting Christian followers and turn them into Hindus overnight. Scholars of religion and Western courts of law have dismissed brainwashing theories as pseudoscience long ago.

A main target of Mr Dvorkin is the Hindu master Sri Prakash Ji, who has been living in Russia since 1990 and has a sizable Russian following, as well as disciples in several other countries. What particularly upsets Mr. Dvorkin is that Sri Prakash dared challenging his anti-cult center in a Russian court, obtaining on December 10, 2018 a declaration that some statements were indeed defamatory. Even more unacceptable in Mr. Dvorkin’s eyes are Sri Prakash’s projects for building a Hindu temple in Moscow.

Mr. Dvorkin has now started again a media campaign against Sri Prakash and his alleged “hypnotic” practices, calling from his deportation from Russia, a country where he and his family have been peacefully living for 29 years.

We fully understand that Mr. Dvorkin’s activities do not represent or express the voice of the majority of the Russian people and of the faithful members of the Russian Orthodox Church. They know that their tradition and identity are not well served by bigoted anti-minorities, anti-Hindu and anti-Indian attitudes. It is for this reason that the most respected Russian institutions should urgently clarify that they are not on the same side of Mr. Dvorkin on the Sri Prakash issue.