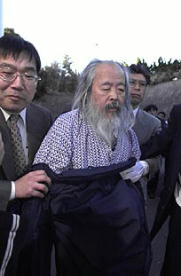 "FROM AN EST-LIKE SEMINAR TO A CULT OF GURU - THE CASE OF "LIFE SPACE" IN JAPAN" by Yasushi Koike, MA.

"The Corpse and the Cult: In a grisly case, police find a 'mummy' in a hotel room and blame the death on a healing guru" by George Wehrfritz and Kay Itoi ("Newsweek International", December 6, 1999)

"Police search cult facilities. The searches stem from the discovery of a body at a hotel in Narita" ("Asahi Shimbun", November 24, 1999)