An Open Letter Against the Italian Draft Law on Mental Manipulation 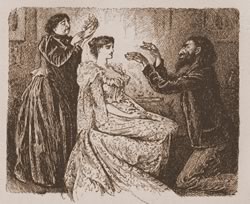 Italy has been long recognized as one of the world’s countries with the best records on religious liberty. Apparently, all this is now about to change.

On March 4 your Senate's Justice Commission approved a draft law introducing in the Italian Criminal Code a new Section, 613-bis, creating the crime of "mental manipulation" punishing with a 2 to 6 year jail term the use of "personality conditioning or suggestion techniques, capable of excluding or greatly limiting the capacity to make free choices”, with even greater penalties when a group is accused of "practising or sponsoring activities aimed at creating or exploiting the physical or psychological dependence of members". We are aware that your Constitutional Court eliminated in 1981 a similar provision on “plagio”, and we regard that Constitutional Court decision as both internationally important and very wise.

All of us have studied minority religions, new religious movements and the so called “cults” and “sects” for several years, although from different perspectives. We understand that there is in Italy a legitimate concern with crimes committed by a handful of religious minorities and with frauds perpetrated by some psychics. In our experience, however, these concerns are much more effectively addressed by the enforcement of existing laws on common criminal activities.

Special laws against “sects” and “cults”, on the other hand, endanger the religious liberty of every citizen (there is no shared definition of “sect” and “cult”, either, and movements within the mainline churches may also be threatened). Based on our experience, we do not believe that brainwashing or mind control as allegedly practised by religious movements is a valid scholarly category, nor do we believe that a workable distinction has been made between a lawful process of conversion and illegal “suggestion techniques”. Too many times we have seen dubious categories such as mental manipulation or brainwashing used in order to discriminate against ideas, claiming that some ideas are so “strange” that only a “manipulated” person can embrace them. Discriminating against ideas, no matter how apparently bizarre or unpopular, is a temptation our democracies should be able to resist.

With all due respect, we urge you to prevent the approval of a law which would seriously jeopardize the international image of Italy and would include Italy in the list of countries where religious liberty is not fully protected.